73 golfers took part in this year's edition of one of the most popular annual events in Cape Kaliakra Destination – the Black & Light Golf Tournament. The competition was held in two divisions in two 18-hole rounds – the first one played at Lighthouse and the second – at BlackSeaRama. During the second round, players were faced with a serious challenge – the strong hot wind that made the game quite difficult. It is important to note that the ladies in the tournament showed exceptional will and overcame the difficult playing conditions.
Gross winner in Division A became Stephan Craig. In the net ranking first came Nicolae Kovacs, followed by Ionut Georgescu and Valeri Ivanov.
In Division B, Ion Avram achieved the best gross score, and the net top three were the winner Alexandru Robu, Smaranda Stoica and Mihai Drilea.
The list of attractive prizes for the best ranked players included nights at both golf courses, playing golf lessons with a professional instructor, 3-course dinners for two at BlackSeaRama and Lighthouse restaurants, vouchers for the proshops.
ALL TOURNAMENTS 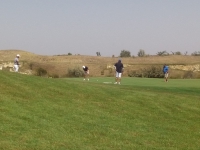 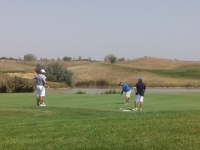 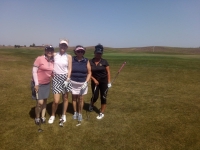 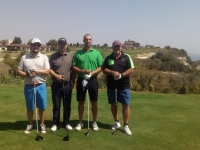 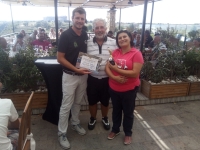 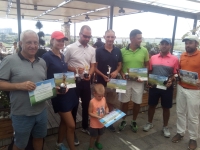