The largest and one of the most significant competitions in the BGA tournament calendar finished on Friday evening after several interruptions of the game due to thunder storms and rain. Despite being wet all players finished their rounds. Both golf courses were perfectly prepared for the event and offered the participant the best playing condition.

The tournament was played in 3 divisions according to the player's handicap. The first 25 players from each division qualified for the national final on the 6th of July at Pirin Golf & Country Club. The winners of the national final will have the privilege to form Mercedes Trophy Team Bulgaria and compete against the teams of the finalists from over 40 countries. Traditionally the world final of Mercedes Trophy 2013 will take place in Stuttgart in September.Captain of the Bulgarian team going to Stuttgart will be the former football star Krasimir Balakov.

The first day of the tournament was windy (as often is at the coast) and sunny. During the second day the weather made the competition even more challenging. Thunder storms and short periods of intense raining stopped the game on several occasions. The rain changed the game and in order to show their best the golfers had to rapidly adapt.

With constant and confident play Alexander Eftimov took the first place in the division with the lowest handicap. Andon Tushev showed excellent golfing skills and was second in division A. Behind him in the final ranking was taken by the former romanian tennis player Dinu Pescariu.

In division B the best overall result in the qualifications was achieved by the young player Raian Staikov. Second and third were Bobi Velkov followed by Trifon Siderov.

Filipo Furnari was the best player in division C. Alexander Popov was second with 2 points more than the third Angelos Parashakis.

The organizers of the golfing event Balkanstar again showed their commitment to support and develop kids golf . Ivana Simeonova was the best golfer among the youngest participant.

Since its debut 3 years ago,Mercedes Trophy is becoming more exciting every year,bringing it’s participants a truly special golfing experience. This years edition went even further offering the possibility to play in the Monday Foursome just after the end of British Open. The Monday Foursome will be played on the exact same course where the Open will be held.The course will be set up exactly as for the Open. The honor to experience personally the legendary British Open was given to Petur Stratiev. Mr. Stratiev made the straightest and closest to the target drive which entitled him the represent Bulgaria at the Monday Foursome at the over hundred year old Muirfield golf course in Scotland.

Together with the golfing emotions , visitors and participants had the opportunity to test-drive the all new CLA and CLS Shooting Brake.Available were also GL ,A-class and E-class. 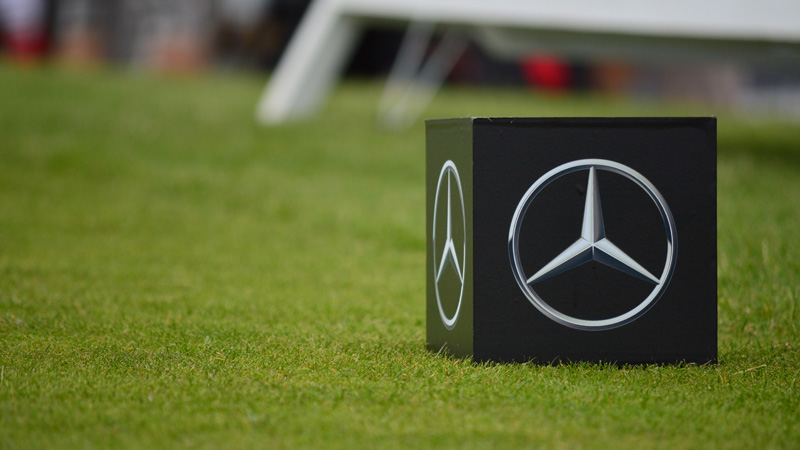