The 5th BlackSeaRama Pro-Am 2013 was wrapped up in sublime style by PGA Professional, Henrik Engdahl, with three level-par rounds [72+71+72 = 215] ensuring his steady and consistent play was well rewarded with the first prize of €3,300.

The Swede, a member of the PGA of Sweden as well as the PGA of Greece and Head Professional at The Crete Golf Club, was clear of the competition after 54-holes of tournament play bettering second-place Austrian, Georg Schultes, whose two-over par 217 total [73+71+73], lead Italian, Akim Hassan’s four-over 219 [78+68+73].


“I feel fantastic - It’s my first visit to BlackSeaRama and it was great to play well in windy conditions but also across two great courses,” said Engdahl.

“I didn’t play that good around Lighthouse, but because it’s a shorter course and more friendly I managed to get a 71 there...then on the final round at BlackSeaRama I tried to play very conservatively, I know people make mistakes here so I thought if I can just put the ball on the fairway and be around the green in regulation then I’d be ok, and that’s what I did.”

“This is the first time we have come to this tournament and we are really happy to have won...and of course we would definitely like to come back and defend next year,” said Karatas of his team’s win.


Play got underway at the Gary Player-design BlackSeaRama Golf & Villas resort in blustery but warm conditions in the event that makes its return to Bulgaria for the a 5th year, of which 4 editions have been PGAs of Europe-sanctioned.


The weather conditions, combined with a more links-type setup than previously seen at BlackSeaRama, lead to an all-round difficult challenge for both the professional and amateur competitors, after which Engdahl lead the field by just a single shot with his opening level-par 72. However, the Pro-Am team of Fuentes was an exception to the rule of the day carding an outstanding 97 stableford points between them.


Round 2 saw players make their way to the other side of the separating fence to the neighbouring Lighthouse Golf & Spa Resort. Friendlier conditions at the Par-71, Ian Woosnam-design layout, gave the teams a little less pressure, but not quite enough for the players to really attack the course. The day finished with the same top players in the individual and team competitions maintaining their positions atop their respective leaderboards. ‘Round of the day’ must also be credited to Akim Hassan, whose three- under 68 was enough to boost his chances for Round 3.

The final round of play returned to BlackSeaRama where the early starters were greeted with minimal signs of wind and high temperatures that would reach a scorching 34°C.

But the course kept its edge with only 3 Pro-Am teams posting 90-plus team scores, leaving the door open for Bulent Karatas and his team to come through with their 267 total, alongside Henrik Engdahl’s cool, calm and collected, level-par total.


“I’m very happy that we still managed to organise the event even in such hard economic times,” said Marko Stoychev, Deputy Managing Director of BlackSeaRama Golf & Villas. “This is the first BlackSeaRama Pro-Am where we have not had a sponsor but we had 19 teams which is great.”


“The tournament is a clear sign that golf in Bulgaria is getting more and more popular and that it has a future.”


For view the full leaderboard and for more information visit the Tournament Hub Page.

The PGAs of Europe is an Association of 38 National PGAs (31 European and 7 international) with a collective membership in excess of 21,000 golf professionals.

Our core mission is to represent, promote and provide advice to develop professional golf and ensure that the administration of the professional game throughout the continent delivers excellence in the services provided to ensure highly qualified, highly skilled PGA Professionals who lead the advancement of the game. [www.pgae.com] 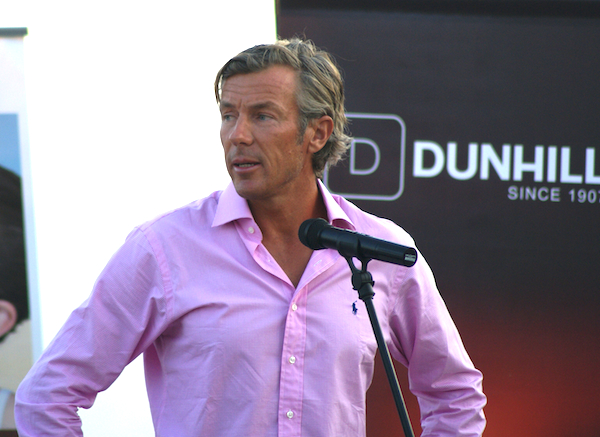