The sunny, but windy October morning on Saturday, 24th welcomed all Friends of BlackSeaRama for the closing tournament of golf season 2015.
Teed off in good mood, swung, stroked and putted their own way through 18 exciting holes, all participants enjoyed the course and the final competition of the Friends of BlackSeaRama League.  Congratulation to the winners and special thanks to all golfers joined the tournament.

In the Division A the first place was won by Mr. Ravinder Takkar (31 points). Mr. Nikolae Kovacs ranked second with 27 points. Tough fight for the third place when three golfers finished the tournament round with equal points of 26. With a better score on the back nine Mr. Todor Chakov took the Third Place award in Division A.

The 2015 Overall League and the Grand Prize Annual BlackSeaRama membership was won for second year in a row by Mr. Nicolae Kovacs. Second in the overall classification ranked Mr. Florin Segarceanu and third Mr. Viorel Aldea.


The prize-giving ceremony was followed by a special dinner and life music performance in the Steak House restaurant of BlackSeaRama Golf & Villas.


We look forward to welcoming you again at the first stage of The Friends of BlackSeaRama League in 2016. 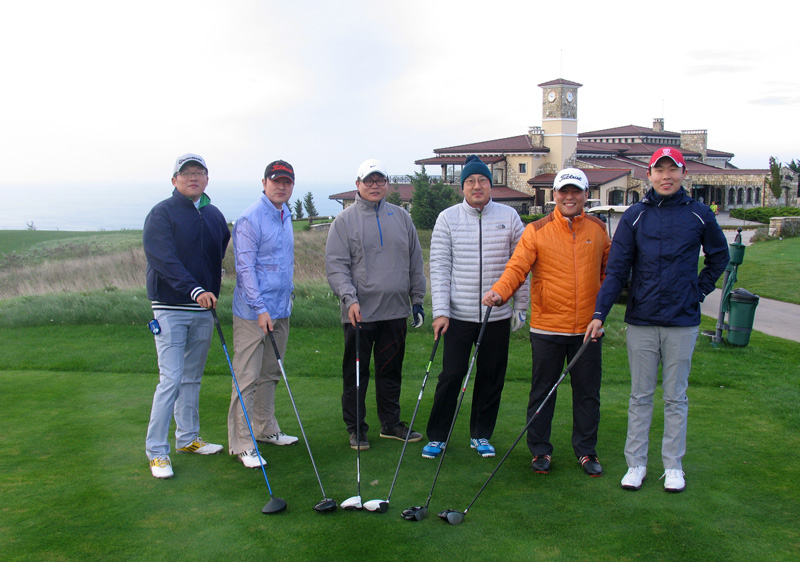