PGA of Spain Professional, Carlos Rodiles, carded a final round 69 (-3) to win the 8th BlackSeaRama Vivacom Pro-Am, his first PGAs of Europe Sanctioned Event win.
Following up and down front nines for both Rodiles and the leader at the beginning of the day, Jonathan Grogan (PGA of Germany), the positions had reversed with Rodiles one shot ahead.

The Professionals both then shot a two-under 34 on the back nine of BlackSeaRama Golf & Villas’ Gary Player-designed championship course, giving Rodiles the winning advantage at six-under par (209).
“I had a good finish – a couple under in the last five holes,” said Rodiles.  “Even then on the last hole it was hard to tell what Jonathan was doing, but I was lucky as I played safe [on 18] and then got it up and down and…I ended up winning by a shot.
“All in all it was a great week – I had a great bunch of partners who are friends from where I live, and we truly enjoyed it – it’s obviously a bonus when you win so I’m really very happy.”

Grogan was close to making it three consecutive BlackSeaRama wins, but having recovered from a double bogey on 12 with immediate birdies, four pars to close were not enough to allow him to catch up, finishing at five-under (210):
“I Managed to get a few birdies on the back nine and it was just an up and down round really.  But I’m totally happy with the week it was just a great week again.”
Third place went to another PGA of Spain Professional, Adam Sagar, with a level par 72 and a one-under par total (214) for the week.

The Team Pro-Am followed on from the previous day’s events culminating in a reverse of the individual one-two with Jonathan Grogan and amateurs, Michael Gustke, Frank Otten, and Hannelore Pricker, taking the honours with 258 points (-42). The amateurs were awarded with Samsung tablets, generously supported by Vivacom.

Rodiles’ team of Simon Ingram, Tobias Ingram, and John Groszek came second with 252 points (-36). They were awarded with flight tickets, generously supported by Turkish Airlines.
The teams of Ulas Karatas (PGA of Turkey) and Adam Sagar tied for third position each on 251 points (-35).

During the Final Tournament Day at BlackSeaRama, the professionals had the challenge to win a HOLE-IN- ONE Prize on the signature 18th hole – Jaguar F-PACE , generously supported by Moto PfoheVarna Cars. For all the good shots, the grand prize remained unwon. 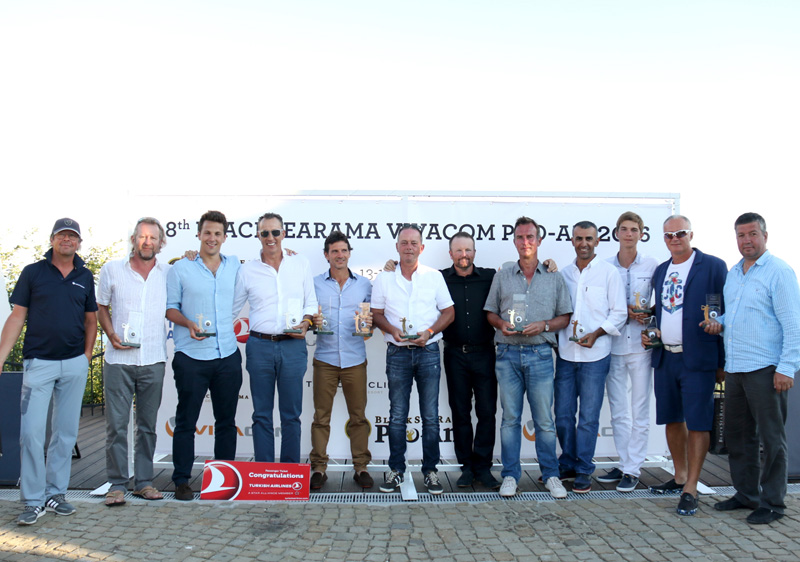