The culinary team of BlackSeaRama took part in the 11th edition of the National Culinary Cup of Bulgaria 2018, which took place in the Plovdiv Fair. More than 130 master chefs from the country and abroad competed in the most prestigious culinary event in Bulgaria.

The Chef of the Year category had the theme "Modern Classics - Bulgarian History." In the team battle, the theme was "Innovation - Interpretation of  Popular French Dishes". The three-course menu gave an opportunity to the teams to show their skills in making a truffle soup, main dish from quail, grapes and cognac, and lemon tarts with meringue for dessert.

The theme of the Confectioner of the year's category was "Bulgaria-Cradle of Civilization, Thracian Gold Treasure". Participants in the first round of the competition created masterpieces in the form of chocolate sculptures. The Bulgarian tradition was the main accent of the second round where the participants were inspired by the Bulgarian Rose theme.

The Culinary Cup of Bulgaria is organised by the Bulgarian Association of Professional Chefs with Andrei Stoilov as a Chairman. The participants of this competition are winning numerous medals from all over the world. Among the members of the Bulgarian Association of Professional Chefs are some of the most established and popular Bulgarian chefs like Ivan Manchev, Andre Tokev, Dimo Dimov and Nikolay Borukov.

The event is organized by the Bulgarian Association Of Professional Chefs, together with the Ministry of Education and Science and the Tourism Council in Plovdiv.
Apart from "The Best Young Chef", there was a competition for "Culinary Team of Bulgaria", "The Best Party Chef" and "The Best Pizza Master".
The BlackSeaRama Golf & Villas team was presented by Encho Dobrevski, Kiril Achov and Yordanka Ilieva. 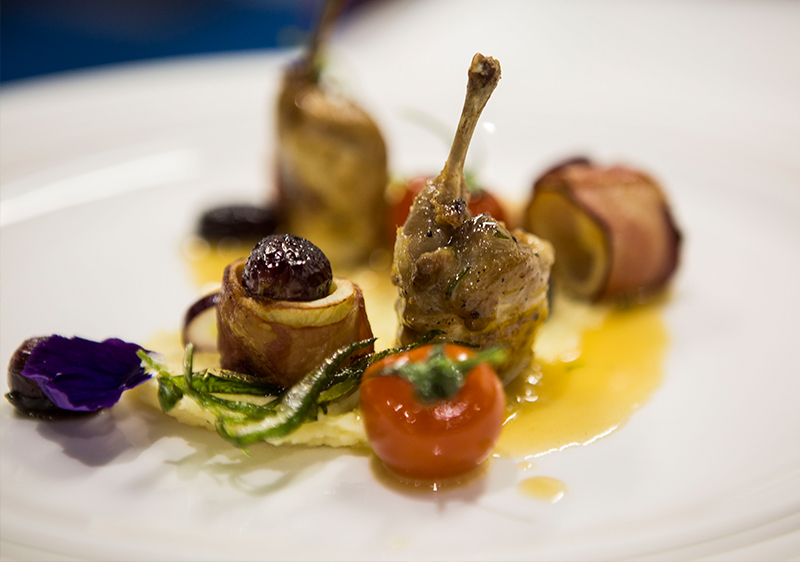