On Sunday July, 13 join us for an amazing soccer night at BSR Amphitheatre. The World Cup Final 2014 will be tuned on a large air screen.
After a month of triumphs and defeats, victory happiness and tears of sorrow, the finalist are now well-known. Germany or Argentina. The Old World tradition against the New World passion for football.

Germany and Argentina will revive memories of the World Cup finals gone by at the Maracana on Sunday, with both sides remembering the history of the fixture with mixed emotions. Both their last World Cup triumphs came against each other, with Germany crowned champions after defeating the Argentines in 1990, while the 1986 final being the last time the South Americans won the trophy after edging West Germany in Mexico.

Should they triumph at the Maracana, Germany will make history as the first ever European side to win a World Cup on Latin American soil.

May the best team win! 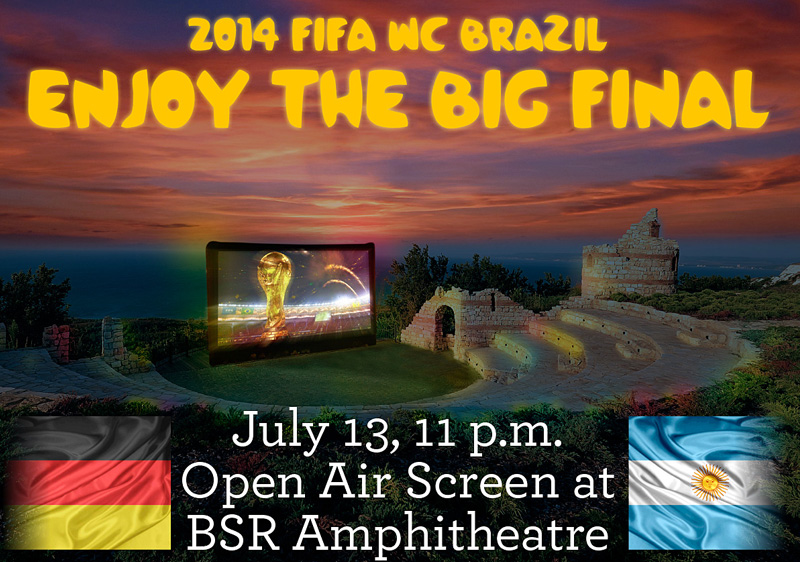