The PGA of Germany´s Jonathan Grogan has become the 2014 BlackSeaRama Pro-Am Champion completing a show of dominance at the tournament in Bulgaria to take home the winner’s cheque for €3,500.

Grogan began the tournament with a one-under par 71 at Thracian Cliffs, but then pushed ahead after Round 2 with a four-under par 67 at Lighthouse Golf Resort & Spa, entering the final round on five-under par (138).

But the Final Round at BlackSeaRama Golf & Villas was far from easy for Grogan. Coming out with guns blazing, Grogan made birdies at one, three and six to go out in one-under par. A small blip bogey on 10 was soon counteracted by four more birdies on the spin, but again bogeys at 15 and 16 reduced the lead just slightly.

A birdie on hole 17 left him with a hefty nine shot advantage over the chasers, but a five-over par 8 on the par-3 18th hole reduced that lead back to his starting point for the day and an overall level-par 72 and five-under par three round total (210).

“Every day just got a little bit better and better, it was quite steady,” said Grogan. “Getting used to the greens was a little bit tricky so after two days I finally got used to it and played quite well.”

“I’ll hopefully be coming back in the next couple of months to do a training week. It’s a fantastic resort, the golf courses are great and you can learn to play in the wind and on fast greens. It’s a fantastic place and I’ll definitely be back.”

Second place in the Individual Professional competition was shared between two players – the PGA of Great Britain & Ireland´s Benn Barham and the PGA of France´s Benjamin Nicolay.

Barham spent the week working his way up the leaderboard which culminated in a two-under par 70 in the final round – the low round of the day and only player under par – to get back to a lever-par total of 215.

Nicolay remained in the second place position after a one-over par 73 in the final round brought him back to level par for the tournament as well, giving him a share of the second place prize money and a cheque for €2,150.

Fourth place went to the PGA of Slovenia´s Damjan Murgelj after a final three-over 75 halted his challenge on the tournament, finishing at five-over par (220) and taking home a cheque for €1,300.

Grogan´s success was also not limited to the individual event – his team, made up of Ole Smidt, Megan Kelly and Michael Crsutke, continued their fine form with a final round 93 points (-21) adding to Round 1´s 89 points and Round 2´s 90 points to end on a total of 272 points, a staggering 56-under par.

Second place in the teams went to local Professional, Richard Lane (also the Chairman of the PGA of Bulgaria), and his team of Liubomir Minchev, Ilia Ei Feleki and Andon Tushev, with rounds of 83, 85 and a final round 89 points ending on 257 points (-41).

Check out the overall results 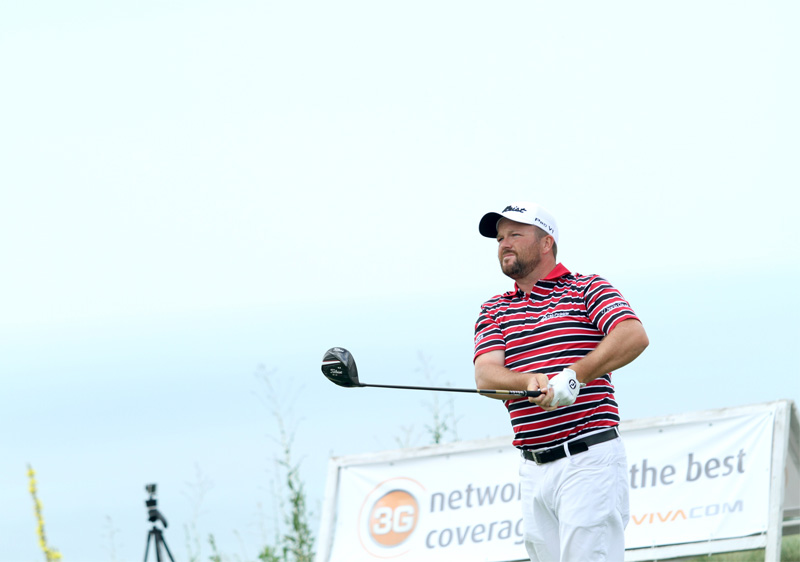