Friends of BlackSeaRama Finals - The Results

Playing into the wind was the big challenge for all participants of the Friends of BlackSeaRama Finals on November, 1st. Despite the unwelcome conditions there were some very good scorings and impressive performances.

After a shotgun start at 9:30 a.m. and intensive 5 hour round the big winners were clear.
The most consistent in Division B were: Kho Eun Lee and Zuzana Zajacova who finished with equal points, but with a better score on the back nine Kho Eun won the first place. The third place was awarded to Christopher Watson.

Mr. Florin Segarceanu proved to be a very consistent golf player managing to win the tournament in division "A" with 35 points. Again, there were two players with equal point of 26. The second place was taken by Nicolae Kovacs with better score on the back nine, followed by Miroslav Zajac.

The BlackSeaRama Deputy Manager bestowed trophies and Callaway drivers on the winners.

Find out all tournament results

In the Overall Classification Mr. Nicolae Kovacs won a 2015 BlackSeaRama Golf Membership with best three results from the league (4 tournaments throughout the year).

Second place for Zuzana Zajacova and third for Florin Segarceanu. Both will enjoy a voucher to goods and items from BlackSeaRama ProShop.


We would like to give our special thanks to all golfers joined the tournament. Look forward to welcoming you again at the first stage of The Friends of BlackSeaRama League in 2015. 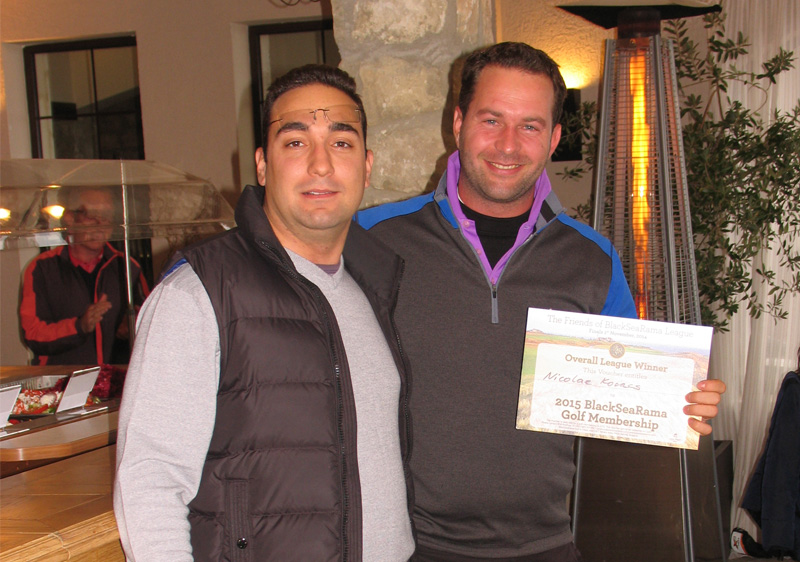