BlackSeaRama Golf & Villas would like to give a warm welcome to our new Head Golf PRO Peter Svajlen.
It’s a great honor to have in our team the first playing golf professional in Slovakia.

Peter Svajlen is 29 years old, originally from Bratislava, with an excellent professional biography and remarkable tournament awards (2011, 2012, 2013, 2014 winner PGA of Slovakia order of merit ). He experienced quite a bit considering his age. Peter participated on Adams Tour in United States, Alps Tour and EPD Tour in Europe and also played in multiple Challenge and European Tour events as well as BlackSeaRama Pro-Am in 2014.

Introduction to Golf.
When Peter was 13 his parents sent him to England during the summer time. The host family he stayed with played golf and took him to a driving range where he had the opportunity to swing a golf club for the first time.

Junior & College Golf in United States
The first year that Peter played golf, he received an award for most improved player of the year from the Slovak Golf Union.
During his junior year, Peter went on to win some tournaments including the Regional Championship in Austin, TX and received the All-American award.

Transition from Amateur to Professional Golf
Peter was eager to play more golf and compare his game to the best.
During Peter’s amateur career there was not one time he had been beaten by a player from Slovakia in any of the international tournaments he played in. The end of Peter’s college career meant that he was no longer required to maintain amateur status. By the end of the summer 2010 Peter decided to give up his amateur status and play golf as a professional, doing so he became the only playing PRO in Slovakia.
Peter started his PRO career at the Czech Open 2010, a European Tour tournament which he qualified for earlier during the summer while he was still an amateur. Peter was the first Slovak professional to play in a European Tour event.


Once again, a Big Welcome to Peter Svajlen!
He is now awaiting you at the Driving Range, ready to help improving your golf techniques.

Schedule your individual lesson with Peter Svajlen at BlackSeaRama ProShop 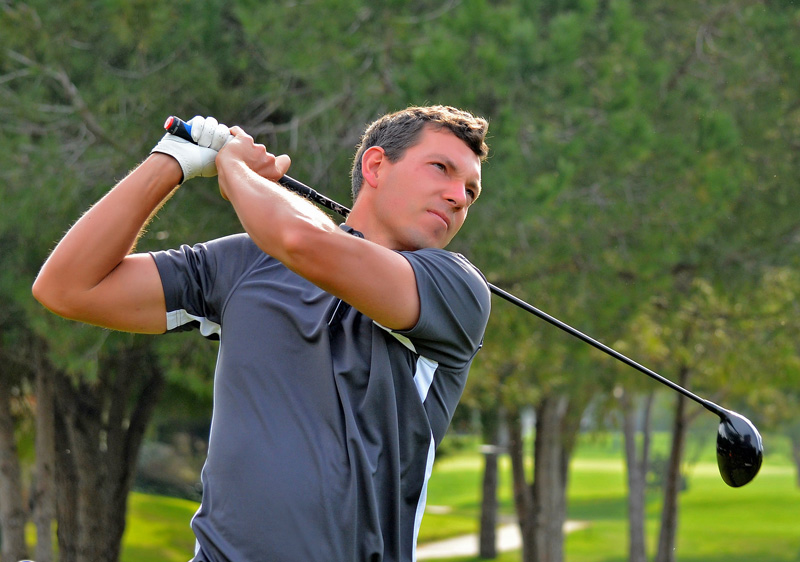