Glory for Grogan at the 7th BlackSeaRama Vivacom Pro-Am

PGA of Germany Professional, Jonathan Grogan, took the winners’ honours and a cheque for €3,700 after he successfully defended his title in the 7th BlackSeaRamaVivacom  Pro-Am.

Grogan returned to BlackSeaRama Golf & Villas for the final round of the Pro-Am having taken the Individual Professional title almost exactly 12 months ago, and managed to convert his overnight lead into a win with a closing one-under 71 for a six-under (209) total.


“The greens were absolutely fantastic today,” said Grogan.  “They were very quick and a real credit to the greens staff; they must have given them a shave down and they were like lightening to be honest.”

Grogan began the day with just a single shot buffer over eventual second place Marco Bernardini (PGA of Italy), which was immediately recovered by Bernardini after he opened with a birdie.  But Grogan’s round got up and running when he made birdies at holes three and six to move to a total of seven-under through the turn.

Three regulation pars followed but a birdie two at 13 moved him well ahead at eight under, by which time Bernardini has already closed with a double-bogey at 17 and a single-bogey at 18 to end his challenge with a 74 and a three-roud total of 213 (-2).

Despite a double-bogey on the 18th hole, Grogan was able to close with a four shot advantage over the field and become a two-time PGAs of Europe Sanctioned Event winner.


In the Team Pro-Am competition PGA of Bulgaria Chairman, Richard Lane, and his amateur teammates of Andon Tushev, Liubomir Tushev and Krasimir Balakov finished with a final round 87 points to give a combined total of 260 points (-44). The amateurs were awarded with Lenovo tablets, generously supported by Vivacom.


Honourable challenges from the chasing teams meant that Team Lane’s victory was by just a single point.  A final 90 points from Professional, Danilo Kraljevic (PGA of Serbia), who also took third place in the individual, along with team mates Boris Damjanovic, Aleksander Demic, and Jasna Damjanovic, gave them second place on countback with 259 points (-43). They were awarded with flight tickets, generously supported by Turkish Airlines.

During the Final Tournament Day at BlackSeaRama, the professionals had the challenge to win a HOLE-IN- ONE Prize on the signature 18th hole - ultimate BMW, generously supported by Varna Cars. The grand prize remained unwon. 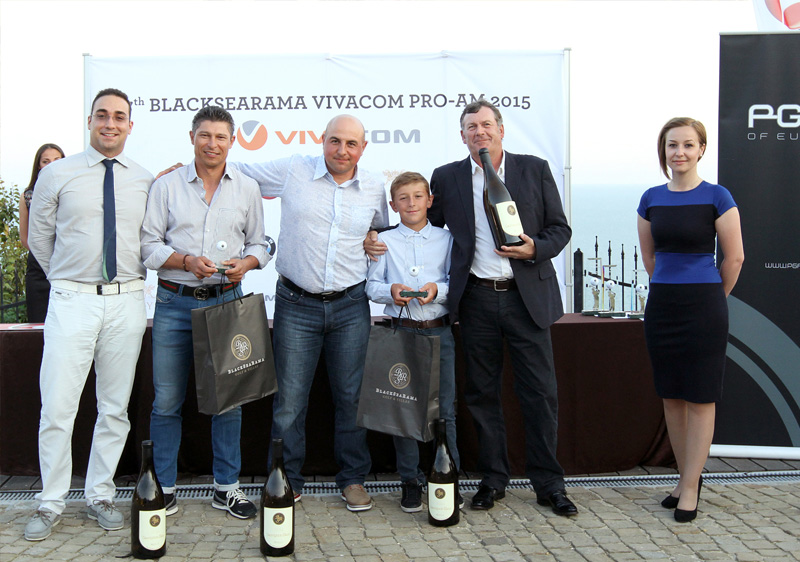