The sunny October morning on Saturday, 21st welcomed all Friends of BlackSeaRama for Oktoberfest, the closing tournament of golf season 2017.
All participants enjoyed the course and the final competition of the Friends of BlackSeaRama League. There were many guests and representatives from different countries, a big group from the Republic of Korea, and many of our members that never miss The League’s events. Congratulation to the winners and special thanks to all golfers who joined the tournament.

The competition was held in two Divisions, in Individual Stableford format. Аwards and trophies were distributed to the winners in Oktoberfest and also to victors of all editions of this years’ League. They also received a bottle of wine, made from the vineyards of BlackSeaRama Golf & Villas.

In the last tournament, the first place was taken by Boyan Gospodinov in Division B and Stoyan Genov in Division A, where the result was equal with Bogdan Jigman’s, but Genov won with better performance in the back nine holes.

In the final ranking, there was also a draw, but the 10-year-old Leopold Kostylev took everyone by surprise, reaching a better result than Adolf Baclea in the final tournament and winning the 2017 Overall League and the Grand Prize - Annual BlackSeaRama Golf & Villas membership.

The prize-giving ceremony was followed by a thematic Oktoberfest dinner in the Clubhouse Bistro.
We look forward to welcoming you again at the first stage of The Friends of BlackSeaRama League in 2018. 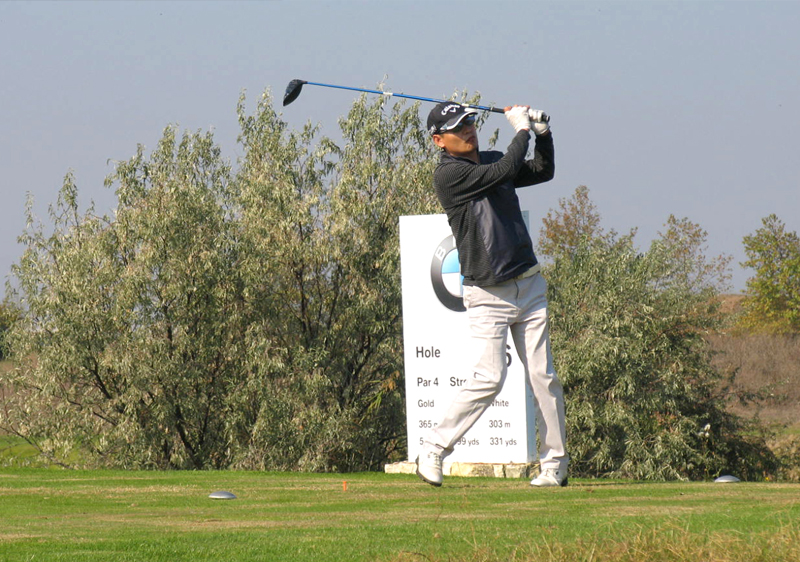