The BlackSeaRama culinary team participated in two prestigious events from 21 to 23 April 2017.
Our chef Ivan Kirin, together with Encho Dobrevski and Dobromir Dimitrov, participated in the international exhibition "Wine and Food Festival" 2017 in Varna where they presented their culinary creations.
At the same time, the 10th edition of the National Culinary Cup of Bulgaria took place during the International Fair in Plovdiv. The event has established itself over the years as the greatest culinary competition and a forum for meeting experts in the field of tourism in Bulgaria. The aim of the competition has always been to promote the culinary arts while promoting the development and improvement of professionals in the country.
More than 120 top chefs attended and demonstrated their master culinary skills.
The event is organized by the Bulgarian Association Of Professional Chefs, together with the Ministry of Education and Science and the Tourism Council in Plovdiv.
Apart from "The Best Young Chef", there was a competition for "Culinary Team of Bulgaria", "The Best Party Chef" and "The Best Pizza Master".
The BlackSeaRama Golf & Villas team was presented by Encho Dobrevski, Kiril Achov and Yordanka Ilieva. 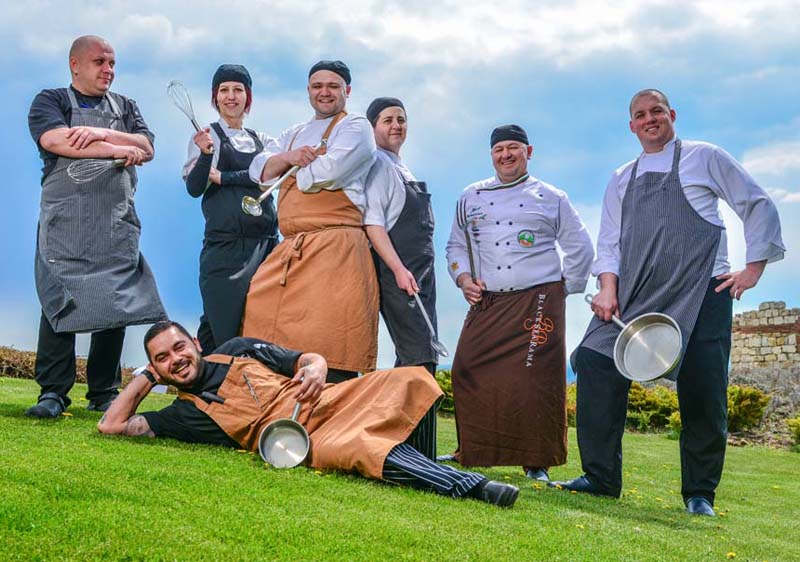