The BlackSeaRama Vivacom Pro-Am International Golf Tournament was held for the tenth consecutive year from 11th to 13th July 2018 at the northern Black Sea coast. 32 teams of three amateurs and one professional golf player took part in the anniversary edition. The tournament is organised together with the European Professional Golf Association (PGAs of Europe) and is one of the most important events in the golf calendar of Bulgaria.

Professional golfers from all over the world (Bulgaria, Germany, England, Italy, France, Sweden, Slovakia, Greece, Romania, Turkey, Israel, USA) competed for a grand prize of 32,000 Euro. For the first time in the history of the tournament, a female professional - Noemi Martin, a participant in the LADIES EUROPEAN TOUR, took part In the gentleman's competition.

128 players played 36 championship holes in two tournament days, on the Lighthouse and Thracian Cliffs golf courses, part of the Cape Kaliakra Golf Destination. Due to a strong thunderstorm on the fatal Friday the 13th, the third round on the BlackSeaRama golf course was cancelled, and the pros didn’t have the chance to win the HOLE-ONE BMW 320d xDrive Gran Turismo award provided by M Car Varna.

Asaff Cohen (PGA of Israel) won the first place with a 9 under PAR and a final score of 134.

“I am very happy to win and it is very special – I came close in the last Pro-Am I played losing in a playoff, so I am very happy to have won this week,” said Cohen.
“It was an amazing week and I came with an amazing group – they played well and really enjoyed themselves. BlackSeaRama, the PGAs of Europe and all the staff did an amazing job – this place is amazing…and for sure I will be here again next year.”

Second place fell to Chryssanthos Diakou (PGA of Greece) who was a total of six-under (137) over the two rounds. Whilst second position was a strong finish, he could have been making a charge had the weather not got in the way:

“I really felt I had a chance – I started well and was two-under through five holes but unfortunately the weather did not allow us to finish – but that’s golf,” said the Costa Navarino-based Professional.

“I haven’t been in that position a lot of times before so I am happy with how I handled the pressure. I want to congratulate Asaf on his performance; he did very well to claim his first victory. People should come and play this Pro-Am – it’s a great venue to play, and I am looking forward to coming again next year.”

The PGA of Italy’s Craig Williams had recorded two excellent and steady rounds for a three-under total (140) but unfortunately did not get the opportunity to advance that position with a final 18 holes.

The Team Pro-Am event was ultimately won by the team led Hakan Yamac (PGA of Turkey) with his amateurs, Kenan Güngör, Bogdan Jigman, and Catalina Jigman who advanced into first place after 87 points in the second round for a 176-point total (-32). The team received awards provided by Vivacom.

Peter Gustafsson (PGA of Spain) and his teammates Germana Ivanova, Andon Tushev, and Lubomir Tushev took the second place with a score of 173.

During the Prize-giving ceremony Mr. Marko Stoychev, Deputy Manager of BlackSeaRama Golf & Villas received a certificate by the European Professional Golf Association for the 10th anniversary edition of the  BlackSeaRama Vivacom Pro-Am Tournament. 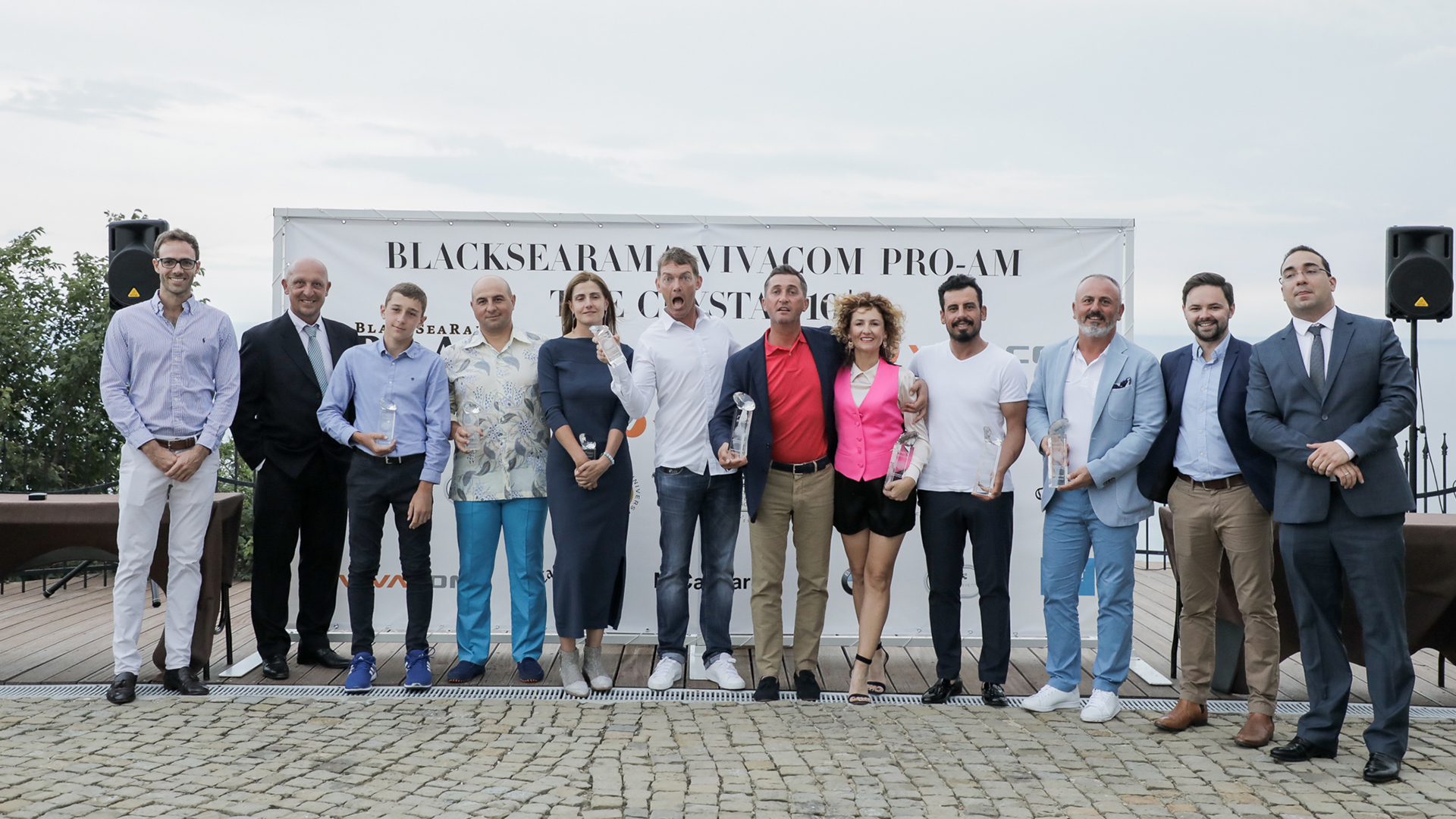