Party until dawn for our 10th anniversary

We celebrated our 10th anniversary with an incredible party until dawn at the end of August. The Deputy Minister of Tourism, the mayor of Balchik Municipality, many investors, celebrities, businessmen and golfers took part in the event.

The party launched with a cocktail by the amphitheatre, gracefully transformed into a zone of Philip Morris Bulgaria. The owners of BlackSeaRama Golf & Villas and the Deputy Managing Director Marko Stoychev received greetings from partners and friends, some of whom supported them from the beginning of the project.

The magnificent program of the anniversary event began with the performance of the jazz prima Hilda Kazasyan on a stage built next to the emblematic 18th hole of the course. Martin Zahariev, Deputy Chairperson of Management Board of the National Tourism Board Association and Property Owner at BlackSeaRama Golf & Villas, and his wife Janet were the hosts of the show.

Stylish atmosphere, selected beverages provided by Pernod Ricard Bulgaria and gourmet menu transformed the celebration into a true connoisseur event. "Art Dance" ballet formation, with choreographer Nina Kozina, performed an incredible spectacle under the stars. Guests shared their memories and unforgettable experiences that changed their lives from the past ten years. Greeting speeches were delivered from the stage by Mrs. Irena Georgieva (Deputy Minister of Tourism), Mr. Nikolay Angelov (Mayor of the Municipality of Balchik), Polina Karastoyanova (Executive Director and a member of the National Board of Tourism), Mr. Kancho Stoychev (owner of BlackSeaRama Golf & Villas), Mrs. Sevdalina Vassileva (Executive Director and Member of First Investment Bank’s Management Board), Mr. Seth Underwood (Secretary General of the Bulgarian Golf Association), Mr. Juha Passi (tour operator from Finland and a longtime partner), Mrs. Catalina Jigman (longtime golf member and friend), Ioana and Adrian Capanu Posteuca (a couple married at BlackSeaRama Golf & Villas in 2013). The designer of the BlackSeaRama course Gary Player tuned in with video greetings directly from South Africa. Ian Poulter, Chris Wood, Gream McDowell, Nicolas Colsaerts and Jamie Donaldson also sent their best wishes and acknowledgement. After the official part of the evening came the program's highlight - a performance by the timeless Stereo MCs. The world-famous band raised the atmosphere of the party with their signature hit Connected. The winners of two Brit Awards - best album and best live performance, shared their incredible impressions of Bulgaria.

DJ Yassen Petrov – Metropolis – took over the crowd’s raised mood, and together with part of the guests welcomed the sunrise with stunning views of Cape Kaliakra and Cape Galata. 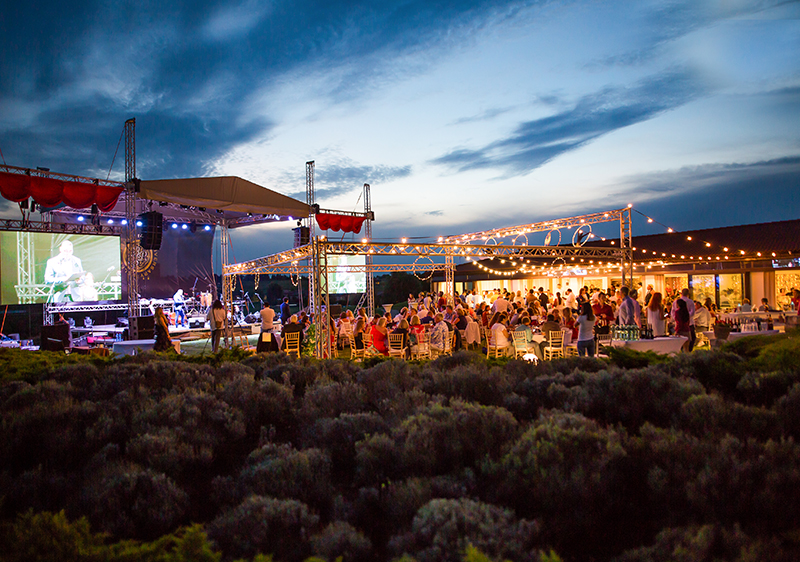